In this video, Super Eagles’ second-choice goalkeeper, Ikechukwu Ezenwa is seen begging Lionel Messi for his jersey after their loss yesterday.
Ikechukwu Ezenwa  was caught on camera asking Lionel Messi for his number 10 jersey just after Nigeria crashed out of the World Cup tournament following their 2 – 1 defeat to Argentina.
Ezenwa is seen waiting for the Barcelona superstar at the entrance of the stadium Tunnel, before then approaching him to ask for his jersey. The Argentine star took it off and gave to him.
Watch the video below: 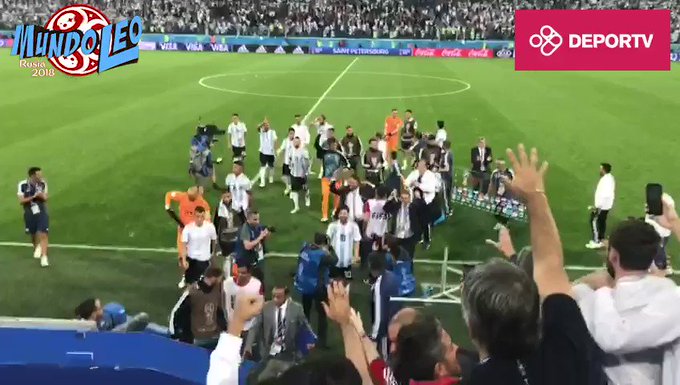